I will confess, in a moment of weakness I hopped onto the Voila craze. And I like it, because it’s the first avatar type thing that still looks like me.

I have a long abandoned Bitmoji hanging around somewhere. I have an Apple avatar thingy, unused. I have a Facebook avatar that never sees the light of day. Because these things… just don’t look right.

I am generally a practical person. The statistical number of those of us with unique facial differences is so low that it makes total sense to not have the ability (how would you even do that?) to make an online avatar realistic. And are they even supposed to be?

While all these things are essentially escapism (and who does’t need escapism right now?) it’s nice to have escapism that keeps what makes me there.

“Comparison is the thief of joy”

So, it’s strange. As a rider, especially as a rider with a disability, I work hard to not compare myself, my progress, what I’m working on to others. But, making the barn switch has exposed me to more. More people. More horses. More higher level riders. More expectations. And, apparently that is super motivating to me? Today as I tacked up for my lesson, I watched as an elderly horse and his mature rider tackled their canter work in the indoor while a jump clinic continued in the outdoor and something in me just said why not try.

Cantering is a tricky thing for me, a combination of something that’s physically hard and mentally challenging because I know my inability to put weight in my legs and disastrous coordination in general makes something I have to really concentrate on. Combining that with a prior horse who did not have the best canter, it’s a combined block. But, today, after some good sitting trot work I was asked what I wanted to do… and I said canter. And I did, walk canter transitions. 2 of them, one lap each.

Clare got all the cookies for being the schoolmistress I need right now, mentally and physically. So lucky to have connected with her and to be able to learn from her at the end of her career right now.

So, it happened again. Moebius syndrome ended up on television! Actually it did not end up on television, a really bad imitation of it did. It puzzles me that writers and medical advisors will go out of their way to “discover” these wonky diseases, then do a terrible job at them.

See her eyes? They would disqualify her from a diagnosis stat. One of two absolutely necessary diagnostic elements is the inability to move your eyes laterally, for heaven’s sake!

If you’re going to do it, at least do it write. Don’t exploit it then fail it.

And this doesn’t get into the question of… what does it mean that my rare disease is season finale worthy? Is it the weirdest, the worst, the most sensational someone thought of? Having lived with it, I have context. Others do not, I guess.

Next week is Face Equality Week. At first I kind of scoffed at that, because burnout, quarantine etc etc – but then I reassessed. I like it. I’m a bit perplexed as to what I’m supposed to do to “raise awareness” on all these various awareness days/weeks, beyone “hey! I exist!” – Face Equality is simple, powerful, meaningful and does a great thing in spreading the challenge. Yes, those of us with facial differences are in a position to advocate – but the challenge is also with everyone.

It’s just how we, as people, should treat each other.

The sitting trot is not a passive action. You can’t sink into it, you push into it – that rhythm, than down action – it’s percussive, it’s powerful. And weirdly enough, it’s now doable.

But first. Piggles and I had a kind of embarrassing failure of a last outing in June, he planted his feet at X and nearly didn’t move, then we were called off course when we weren’t, and decided that collection just wasn’t happening. Oops. But the judge (David Schmutz) was super kind and encouraging and it wasn’t a total embarrassment (that’s saved for when Radar ducked me off, damn pony!)

Anyway. We had a great August, he was going great. Decided to aim for early September show… and then was told they wouldn’t shorten the court. Got it, that venue is out! In September Piggles got a bit ouchy and life changes meant that he’s now partially retired and enjoying his life at Mar Val.

So, where does that leave me? At a new barn, with a new horse to sponsor and riding with multiple trainers for the first time.

Meet Claire! She’s an aged Morgan x Thoroughbred (my favorites!) and is teaching me so much. It’s not easy, hello anxiety! But she makes it worth it. I’m learning how to take my riding to the next level, pushing myself for more, working on moving instead of being quiet, of asking for more. It’s fun! She probably isn’t consistently sound enough to do any rated showing, but for me that’s okay for now – especially now.

She’s teaching me how to bounce, how to push, how to become more secure.

Spent this weekend spectating at the Golden State Dressage show and CPEDI, watching all kinds of wonderful horses and riders, and making my paradressage classification permanent!

I also tried my hand at some equestrian photography, I love photography although with fine motor and vision issues… my results may vary! I clearly need to figure out if my point and shoot has a sports mode and would want a tripod if I were to do more, but it was fun to try.

Classification was interesting, as usual (wait… I’m supposed to be able to move that way?) and literally nothing changed numbers-wise. We got looped reins added to my dispensation, which will be nice moving forward as we try things out.

The riding – in the CDI, CPEDI and Classic show – was generally inspiring and is giving me things to think about (FORWARD! FORWARD! PUSH into that FORWARD!).

(Next to Normal reference. If you haven’t listened through the show and are at all interested in mental health issues and musical theater, do yourself a favor and listen.)

So yeah, did Portland in April. It was cold, it was wet… but family, Moebius stuff… AND A LLAMA! 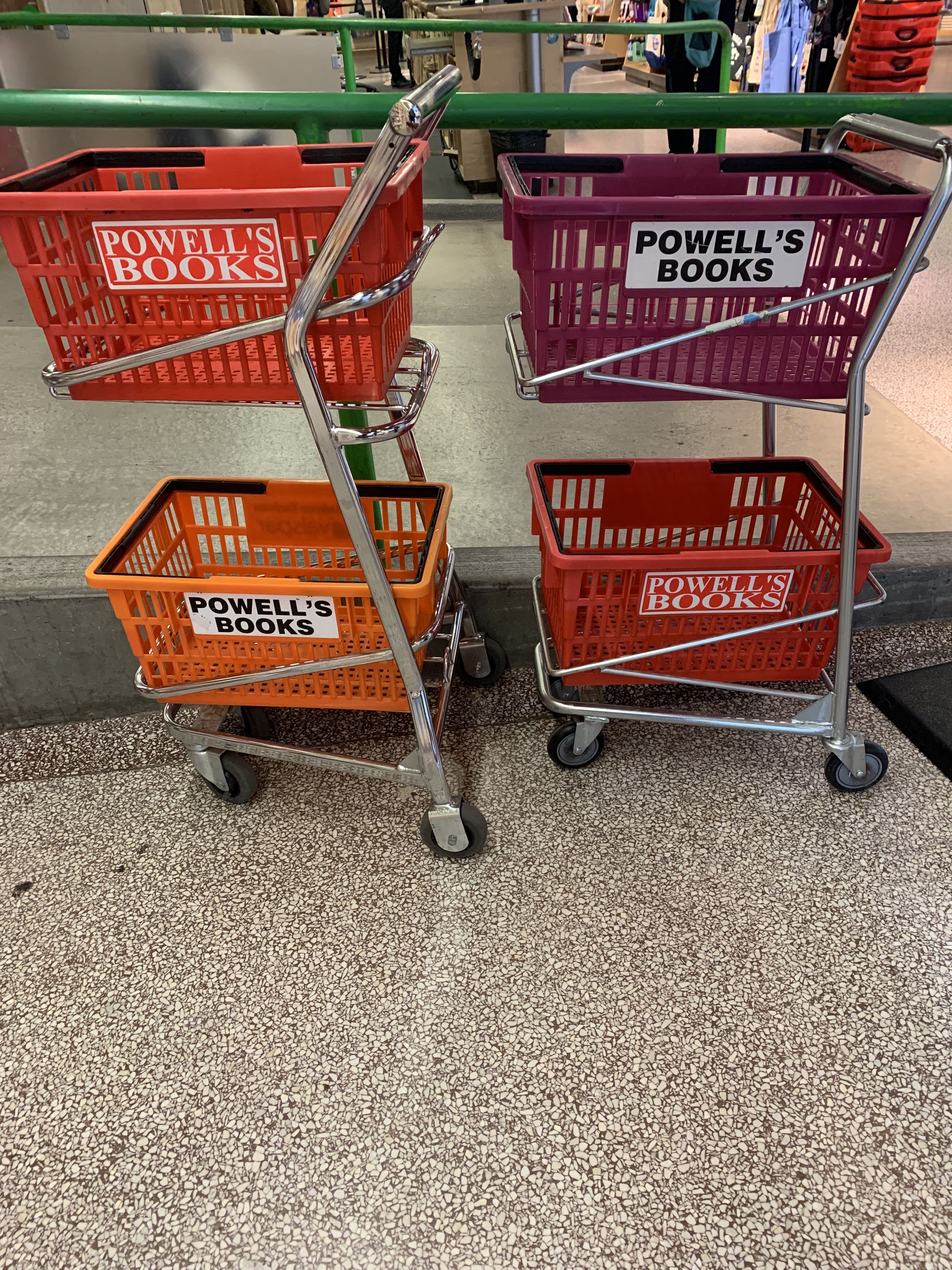 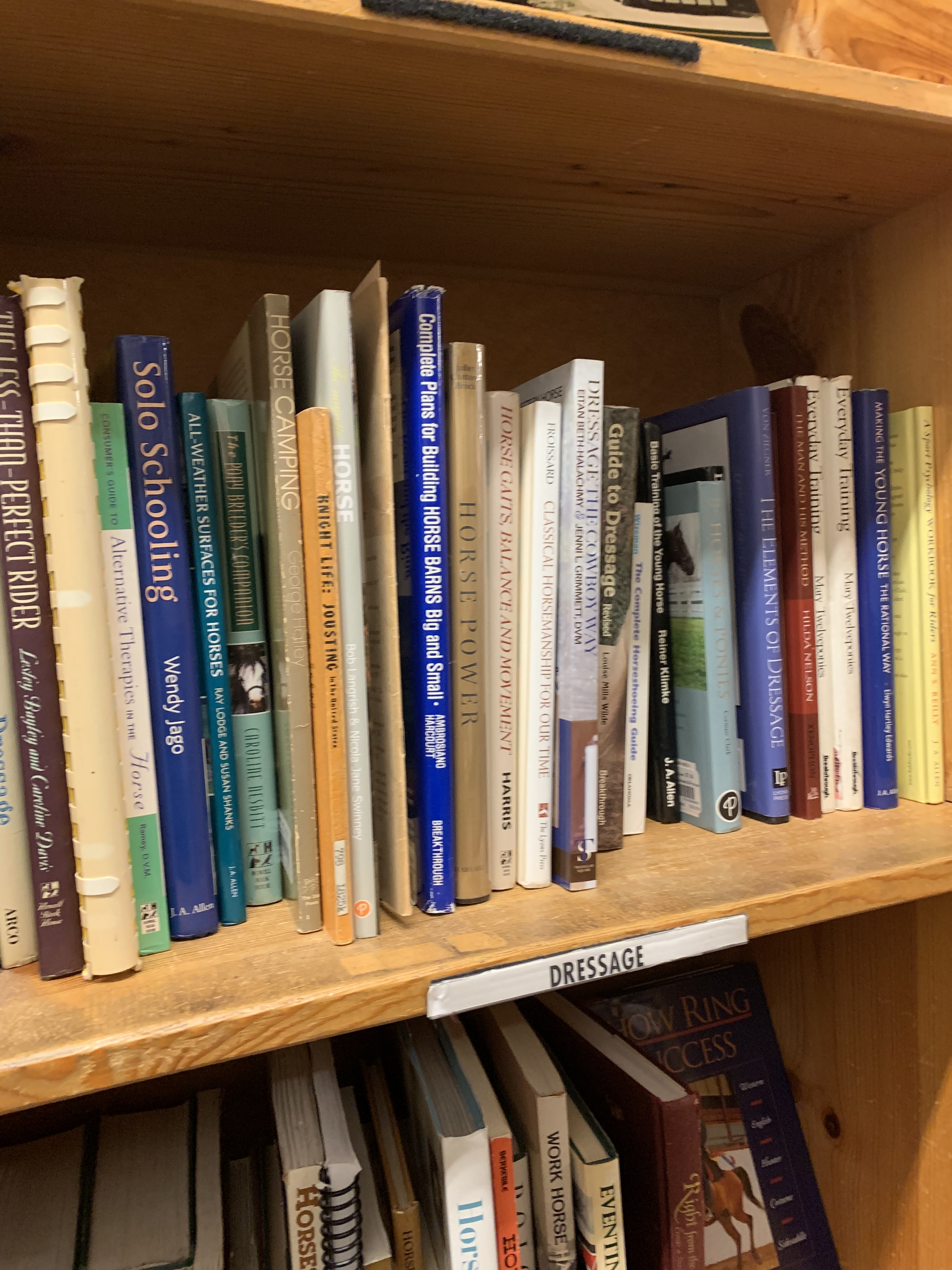 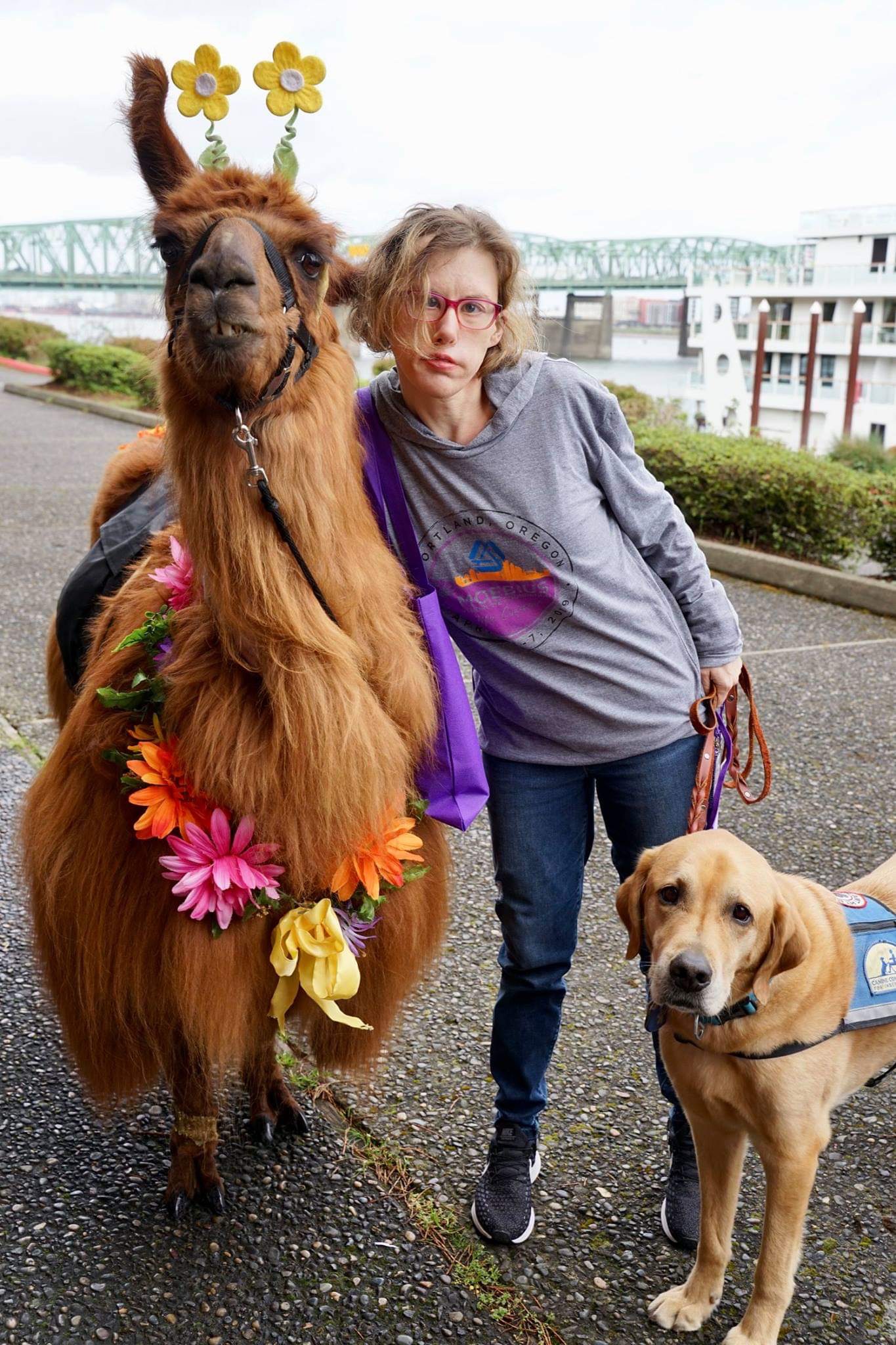 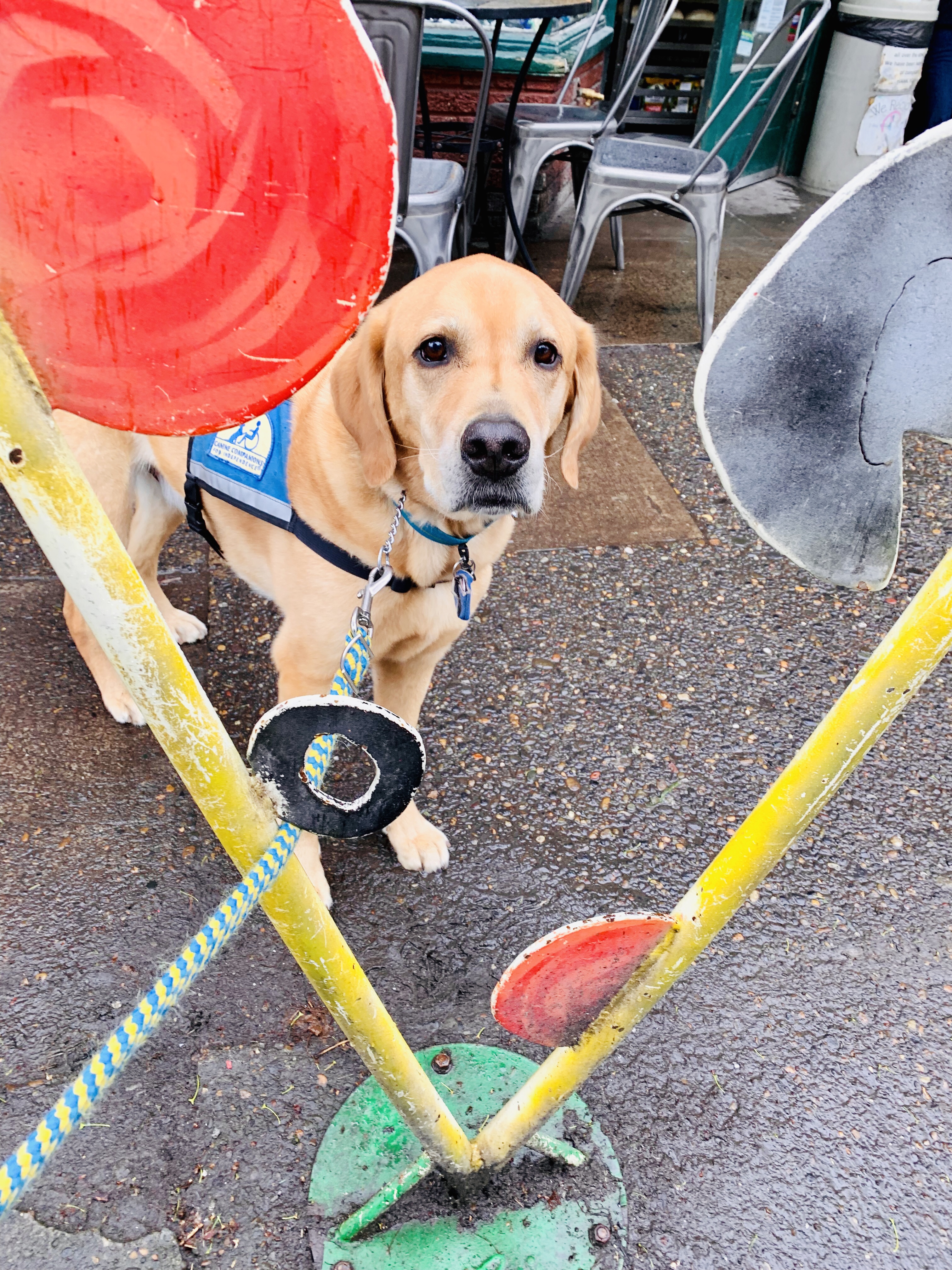 Goals are funny. I’m really not a competitive person, but I certainly am goal oriented. I think it helps me… focus? Or something like that.

So goals: Piggles and I are aiming to ride the Grade II Novice A test at the ginormous Rancho Murieta CPEDI 1* in June. It’s big, it’s fancy… and the little Morgan and I (and Team Pig) are going to play with the big boys. Or Warmbloods, whichever you prefer.

In order to get ready, I’m riding a lot, and doing a few shows in preparation, 4 in total. Show #1 at the UC Davis barn was a fun, low-key affair, turning it up a notch with my first rated show at the end of the month. I’m excited, for rated it seems pretty solidly low-key (waived coats etc). Then 2 shows in May, one an “away” show where I’ll test out the hotel and riding multiple days.

Should be a fun spring, with enormous thanks to everyone in Team Pig for making it all happen.

Sometimes I do. Hopefully more than not. Little snippets from LA in October, kind of summing me up in one swoop – #LibraryLife, a museum trip to the Broad, and an Idina Menzel/Josh Groban concert!

I went to Florida for MSFCon18, and when I wasn’t frantically running around praying my wifi held for the livestreams (it did!) I relaxed by taking a few photos. Florida might have been steamy hot (eek! I know you get used to it, but eww!) but it had some super-pretty flowers and such. Plus I’m a complete fan of old restored hotels, so the Vinoy was exactly my kind of vacation spot.